Québec archaeology encompasses a large number of investigative avenues that have developed into different fields and many specialties. Archaeology calls for the collaboration of numerous complementary scientific disciplines, including life sciences, earth sciences, humanities and social sciences. Archaeology entails teamwork, whether it’s to discover a site, conduct a dig or study the remains brought to light.

Environmental archaeology studies past environments and the way human beings have interacted with them.

This type of archaeology adopts the methods and techniques used in geography, geology, geomorphology, pedology, zoology and botany. It enables archaeologists to understand and reconstruct the history of an archaeological site, as well as that of the surrounding landscape. Environmental archaeology seeks answers to questions like:

Archaeologists also study past climatic conditions on the basis of plant remains, turning to the disciplines of palynology, dendrochronology and carpology. 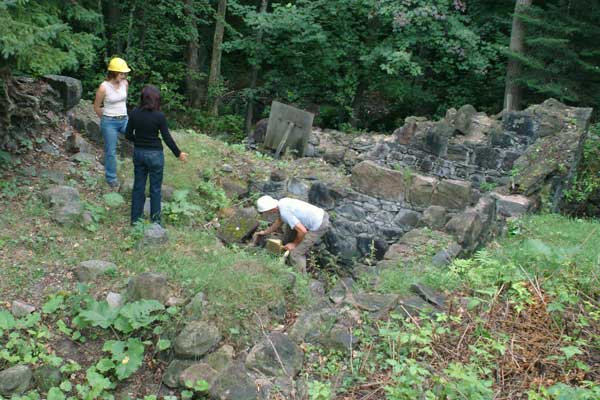 In experimental archaeology, specialists seek to discover gestures and techniques by reproducing objects found on archaeological sites, such as:

Experimental archaeology enables archaeologists to test the hypotheses they make in the field during a dig. To study how stone tools were made and used, archaeologists have developed analytical methods based on experimentation and traceology. For example, archaeologists may experiment with different techniques and gestures until they find a way to make stone tools, such as projectile points and scrapers, that resemble the tools found on a prehistoric site. 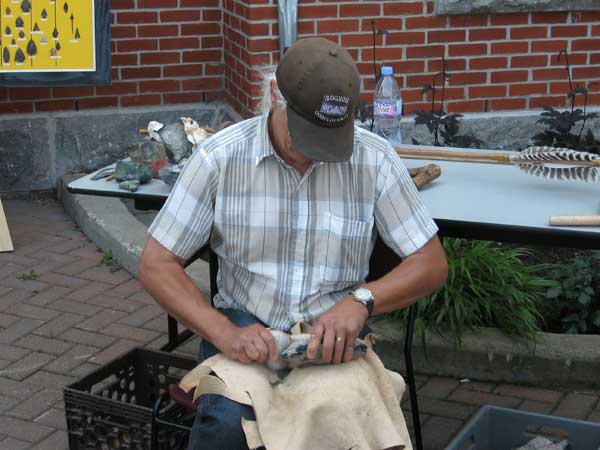 When a newly made stone tool is used for purposes like butchering game or scraping hides, archaeologists can study the resulting traces of this use on the tool or the material it touched. These traces, which may be visible to the naked eye but are sometimes microscopic, can be examined and compared to similar traces on ancient tools, enabling archaeologists to better understand the purpose of an object whose function was previously unknown.

In Québec, prehistoric archaeology is concerned with occupations of the land by Aboriginal peoples before the arrival of Europeans. These occupations began 12 000 before the present and continued until about 400 years ago. 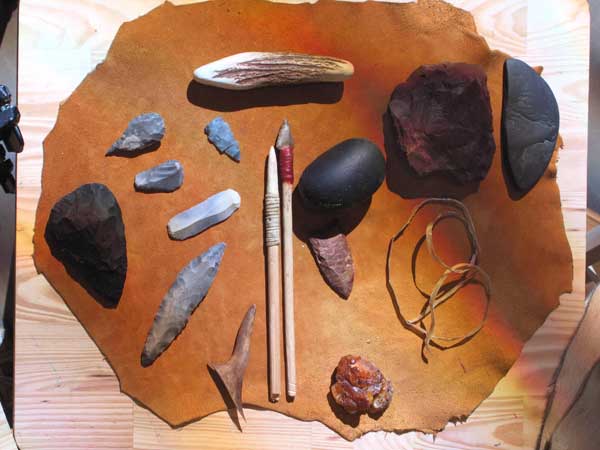 Prehistoric archaeology applies pains-taking methods to shed a unique light on this period and its populations. The discipline provides information about similarities and differences between the Inuit, the Algonquians and Iroquoians – that is, the three Aboriginal groups living in Québec when the first Europeans arrived. Prehistoric archaeology is multidisciplinary and has links with anthropology, ethnohistory, ethnoarchaeology and various other sciences that seek to understand past cultures. In this way, it reveals the impressive age and complexity of the Aboriginals’ ancient cultural universe.

Historic archaeology deals with a society’s more recent past, for which historic documents and archival material is available. In Québec, this period covers more than 400 years, from the 16th century to the present.

Studying remains that are often more apparent and better conserved than those of earlier periods, historic archaeology illuminates different aspects of this past, re-examining in depth topics like:

Historic archaeology is also multidisciplinary and may turn to the fields of history and anthropology in its quest to understand the lives of past societies.

Urban archaeology studies cities and towns in both time and space. This discipline seeks better understanding of a city’s past – that is:

Urban archaeology also has a role to play in ensuring that the material evidence of a city’s history is preserved or integrated into the present-day urban fabric in a sustainable fashion.

Urban archaeologists must deal with complex situations. The ground beneath a city is usually full of the intermingled remains of multiple occupations that are sometimes difficult to interpret. Furthermore, the urban landscape is continually transformed by development that can disturb the chronological order of archaeological deposits.

A relatively young field of research, industrial archaeology studies everything that can help to explain how industrial sites functioned and evolved in the recent past. Industrial archaeologists are thus interested in documents, artifacts, structural remains, establishments and landscapes related to this aspect of society.

Industrial remains are by definition part of a complex system involving access to:

Most industrial sites therefore belong to extensive operational chains, which may or may not be concentrated in the same geographic area.

In its broadest sense, industry covers all human activities related to processing materials and producing goods throughout the ages. It includes every category of such activities, from small, craft-based workshops to large-scale automated plants. There are thousands of industrial archaeological sites, represented by kilns, mines, mills, brickyards, breweries, paper mills, pipe factories, fishing posts and hydroelectric facilities, to name but a few.

The practice of industrial archaeology calls for a coordinated multidisciplinary approach, requiring archaeologists to have a global overview of their projects and a good understanding of other fields such as technology, engineering and architecture.

Architectural or above-ground archaeology is a field that studies the elevations of built structures, be they religious, military or domestic in purpose. This type of archaeology is normally applied only in the context of historic sites.

In architectural archaeology, researchers analyze above-ground elements, such as walls, in order to establish the history and chronology of the various stages of their construction and transformation. Such analysis can reveal how and when the height of an enclosure wall was increased, or a window pierced in a building’s wall. Architectural archaeologists make meticulous records of remaining structures, studying stones, mortars, coatings and joining techniques. When wooden framing is present, archaeologists can also turn to dendrochronology to determine the age of a construction.

Underwater archaeology is concerned with archaeological sites located beneath the surface of bodies of water, whether they are seas, rivers or lakes. Underwater archaeologists study not only shipwrecks but also submerged historic and prehistoric sites such as the remains of wharves and locks, plane wrecks and other types of cultural material.

Underwater archaeology is similar to terrestrial archaeology it the goals it seeks and its analytical methods. However, since it is conducted in a particular environment, underwater archaeology is often more complex and requires an impressive amount of costly specialized equipment and a mastery of specific techniques. For example, to remove the sediments covering an underwater site, the archaeologist uses a specially designed machine that sucks them up from the dig area and deposits them some distance away. In this way, the water around the site is kept from becoming muddy and visibility is maintained. Underwater archaeologists also use water-resistant paper so that they can take notes and make drawing during their dives.